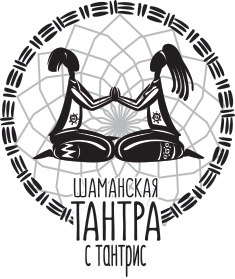 Why Shamanic Tantra? And, in fact, who he is, Tantra shaman? I do not actually mean academic knowledge of shamans, moreover, modern scientists explain shamanism in different way than 100 years ago. For example, in the past, the life of the future shaman depended greatly of severe disease, which brought to this Person long-term physical and mental suffering. The so-called shamanistic illness destroyed his inner world for years, preparing it for a higher level of spiritual knowledge and responsibility. Perhaps that is why shamans are healers firstly. Their primal magic is mainly about the resonanse between the person and nature and the spirits. Nowadays, a shaman can be called not only the one who is pushed by the Power out of ordinary life, but also the one who chooses to follow the philosophy of the shaman, use shamanic practices, while continuing to live a normal life. The same thing is with tantric people. “Tantra is a sect which has kept a strong connection with ancient magic” – the Great Soviet Encyclopedia. However, we can hardly find any magicians now, which were called tantric people in ancient India.

Now they are known as Aghori, and any ordinary Hindu try not to communicate with them, considering them crazy, because “some of the processes are unreasonable from the point of view of social morality.” The aim of practising Aghori is a connection with an unknown cosmic power, which is called Brahman, or the Absolute, or the World Soul or the truth. If the aim is achieved, he feels an ecstasy, which is hardly can be explained in words. Today, when people say “tantra” they mean light energy practises, body practices, tantra yoga and another practises, which help to keep the inner peace and harmony. So why am I talking about Shamanic Tantra? 1. I respect synthesis. You can get a wider picture of the world by opening the so-called all kinds of “eyes” . And while the tantrik involved in his personal inner world, the shaman is able to hold the attention on people, city, and the entire planet. And while tantric principles make us unsensitive to the needs of others, forcing to keep the priority of our own “enlightening”, shamanic philosophy says that personal success does not exist: the whole world is a team playing on the same playing field, and if you want to win here it can be done only together . 2. I am for radical methods. In Tantra, they use absolutely everything for human development, even sex and death. Shamans also leave the body and travel to other worlds for answers, which can not be found among human beings. So when we come to life dichotomy and do not want to give up the illusions leading to dead end, for Tantra shaman person it is a signal: it is time to start a shock therapy.

3. I am for personal contact with the inner self (with God). While other philosophies and religions use someone on the way to God (priests, and so forth.), Shamans and Tantric people go to it directly through the practice of changing consciousness. They live an individual mystical experience, which can not be achieved during mass ecstasy. Enlightenment – something purely individual. 4. I am for total acceptance of responsibility, which can afford only God, only perfect being. That is why either Tantric or shaman is not afraid to make “mistakes”. They live the experience of learning that every word and action create their reality around him. And that is why it is so easy for them to change the reality — they just do something different. 5. I love rituals. After all, while time passing by,we start turning into a routine such great moments as: to touch a partner hand, to kiss tenderly him, the brightness of sex. I don’t even mean such simple things as eating food, watching at nature, meeting new people. Rituals help us to see the importance and depth of any action – any! Every thi is sacral — what you say, how you and sleep,how you quarrel and make love. Understanding this, you can live your life as if in celebration, enjoying every moment. The aim of the training “Shamanic Tantra” is not to become a mystic. It would be more accurate to write so – Neo-Shamanic Neo-Tantra. During the training I do not use actually all the variety of practises. It is better to say that I use philosophy, and give you the right to choose whether to be responsible for the whole world or the population of a single apartment. You choose: enlightenment or just a new, better quality of life. You do not have to change religion, but you can find support within yourself. Come! Start changing your reality!